Mr. Thompson brings to the City more than 30 years of management experience in different settings in the United States and overseas.  During his leadership role in Las Cruces, New Mexico as assistant county administrator, he also served as senior vice president of Shewa Ambara Development Corporation where he promoted the corporation’s mission to provide educational materials to primary and middle schools in the Amhara region of Ethiopia and to provide public health information, supplies, and equipment in the areas of HIV/AID regions.   From 2018 to 2019, he served as compliance officer in the Office of Unemployment Compensation for the District of Columbia’s Department of Employment Services where he was also the associate director from 2015 to 2018.  Prior to his work with the Department, he served as deputy chief of the Assessment Service Division in the District of Columbia’s Office of Tax and Revenue from 2008 to 2015 and was the Division’s operations manager the year prior. Mr. Thompson was also a professor at Stratford University for eight years.

Mr. Thompson is a doctoral candidate in Public Policy and Public Administration at Walden University.  He has a Master of Business Administration from the University of Phoenix and a Bachelor of Arts in Political Science from Bethune-Cookman University. His professional affiliations include the National Association of State Workforce Agencies (NASWA), Americans with Disabilities Act (ADA), and National Association of Counties (NACo).  He holds certifications in Cybersecurity Fundamentals, Transformational Leadership, Organizational Change, Managing Workplace Stress, and Contract Administration.   He is a United States Air Force disabled veteran of Desert Storm.

The City Manager's Office includes the: 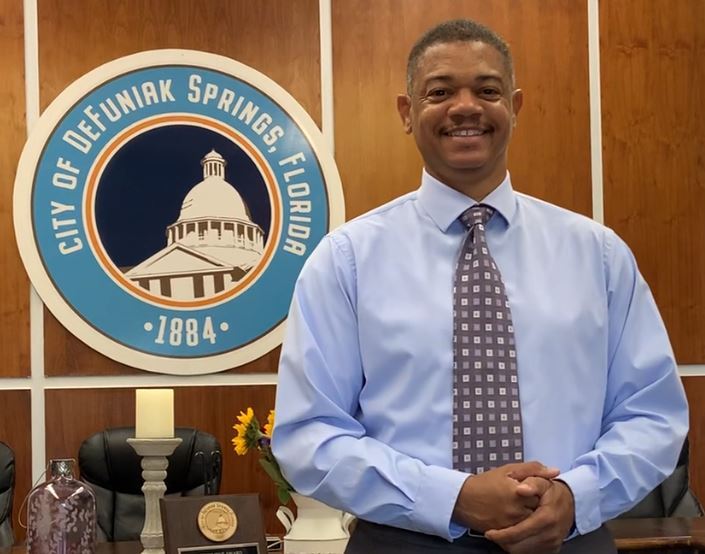