GPS: 1162 Circle Drive, DeFuniak Springs, FL 32435.  Panel is located behind the Visitors Center (NW corner of the property) near the railroad tracks.

After the Florida Chautauqua resort/campus grounds opened in 1885, the annual Assembly grew to attract up to 4,000 people a day. However, there was only one hotel built on these grounds (Hotel Chautauqua) with approximately 100 rooms. Therefore, many boarding houses hotels and a downtown business district developed throughout several blocks along Baldwin Avenue to accommodate the needs of guests to the resort/campus grounds.

By the 1890s, Baldwin Avenue became the epicenter for shopping and dining and eventually included a movie theater and attractions like a merry-go-round to further entice tourists to take train excursions to the grand Florida Chautauqua resort/campus.

In 1898, a fire destroyed most of the business district which was primarily build of wood. The structures were replaced with brick construction. At the beginning of the 20th century, the business community had recovered from the devastating fire and ws thriving until the annual Assembly ended in 1928. 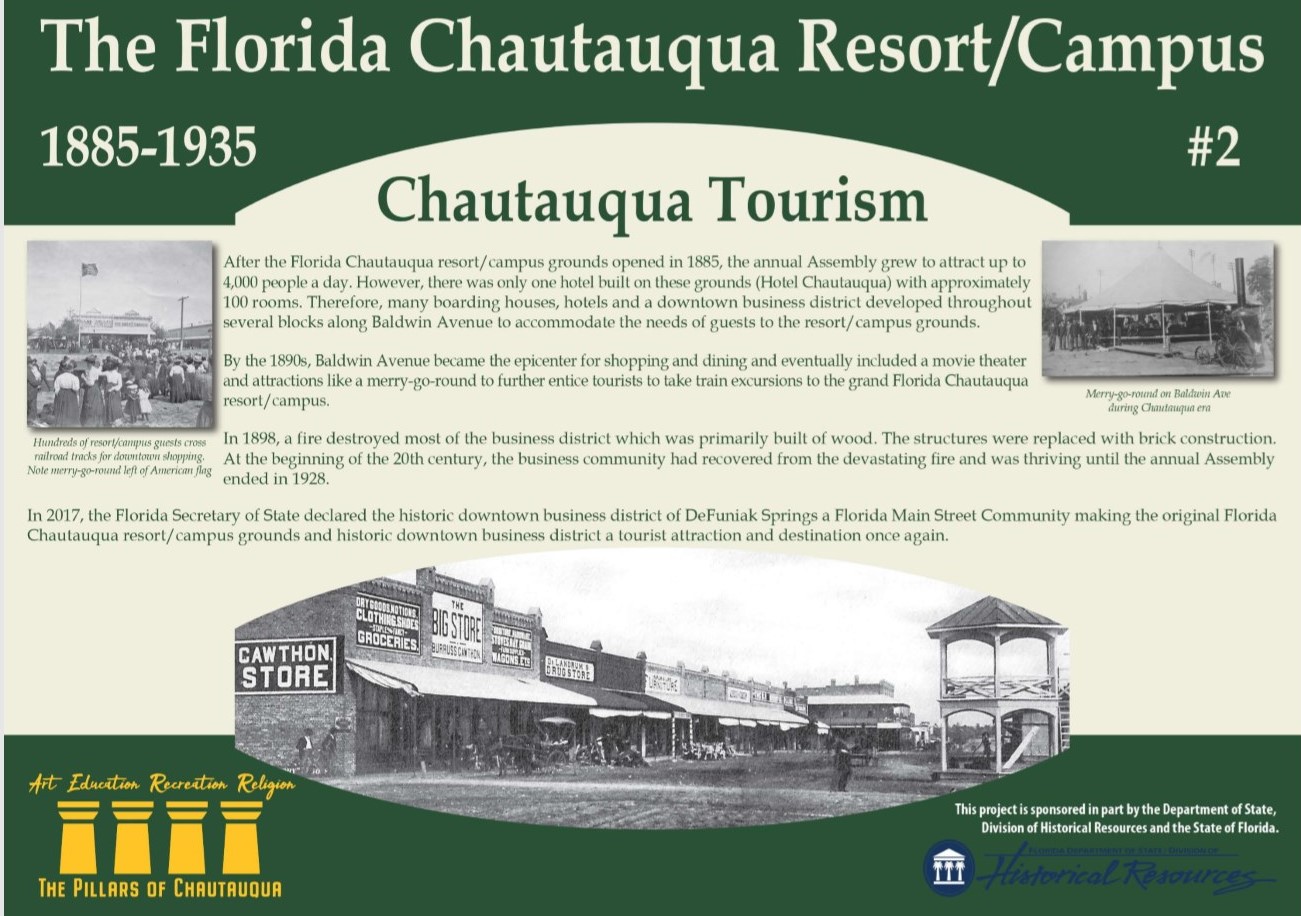