The following is exact wording on interpretive panel #5 on the self-guided walking tour of the Florida Chautauqua Resort/Campus grounds opened in 1885 in DeFuniak Springs, Florida. This panel displays the history of Hotel Chautauqua on the grounds.

Everyone needed a place to stay when they attended any part of the multi-week Florida Chautauqua Assembly. The Hotel Chautauqua with glamorous amenities, dining hall and spacious front porch once stood on this site. Upon arrival to the resort/campus at the rain depot, tourists would walk to this hotel for their stay during the Assembly. Many travel writers referred to this 100-room resort hotel as one of the grandest in the southeast.

In 1913, the Florida Chautauqua Association sold the hotel which was later renamed the Walton Hotel and operated until the 1960s, long after the Chautauqua assemblies ended in 1928. By that time, the grounds no longer served as a resort/campus. Nearly 30 years had passed since thousands came by train for the annual Assembly. The few tourists who passed through the area did not generate enough profit for the owner to maintain the structure. The building was torn down to avoid costly repairs. 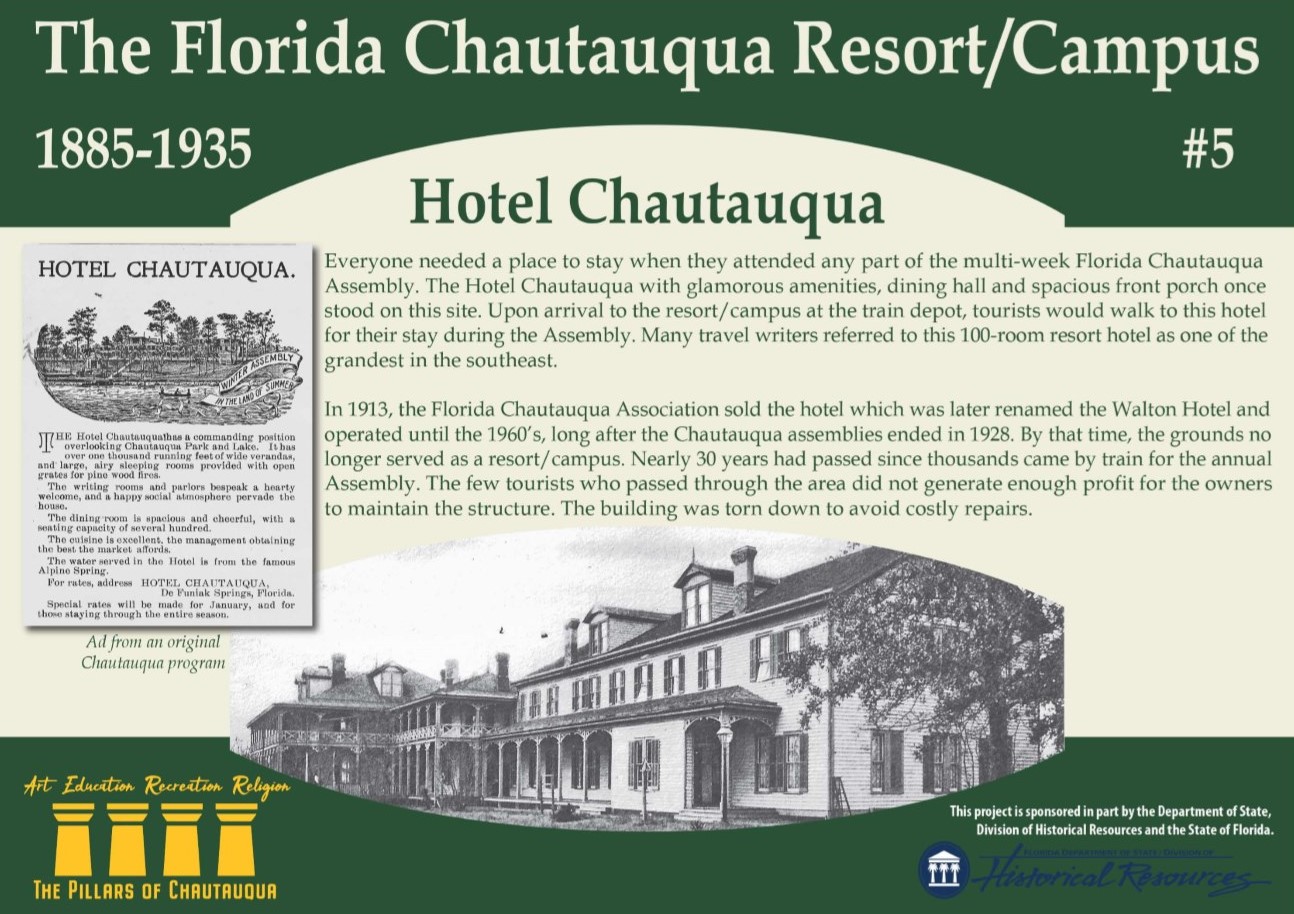