The following is exact wording on interpretive panel #9 on the self-guided walking tour of the Florida Chautauqua Resort/Campus grounds opened in 1885 in DeFuniak Springs, Florida. This panel displays the history of The DeFuniak Library on the grounds.

This is the oldest continuously operating library within its original structure in Florida – never closing since the day it officially opened on December 20, 1887 as a new addition to the Florida Chautauqua resort/campus.

The founding of the library started in 1886 when local ladies formed an organization called the Aid Society to welcome visitors to the grounds for the annual Florida Chautauqua Assembly. The organization’s mission soon changed to forming and sustaining a public library, and the name changed to “Ladies Library Association.” The library was originally named “The DeFuniak Library” after Frederick DeFuniak, an official with the L & N Railroad Company for which the City of DeFuniak Springs was later named.

An addition was completed in 1894 after members of the Ladies Library Association realized library services quickly outgrew the small quarters. Alice Fellows became the first salaried librarian of The DeFuniak Library in 1896 and served until 1926. In 1910, the library was one of only two Florida libraries awarded a famed and coveted Carnegie grant, but leaders had to decline the offer since the City (officially incorporated in 1903) was required to provide additional funds for the library’s upkeep and the City could not commit to this as a condition of the grant agreement at that time.

Although the assemblies ended in 1928 and the grounds no longer functioned as a campus by 1935, the City of DeFuniak Springs continued to operate the library. The name was changed in 1975 to the Walton-DeFuniak Library. 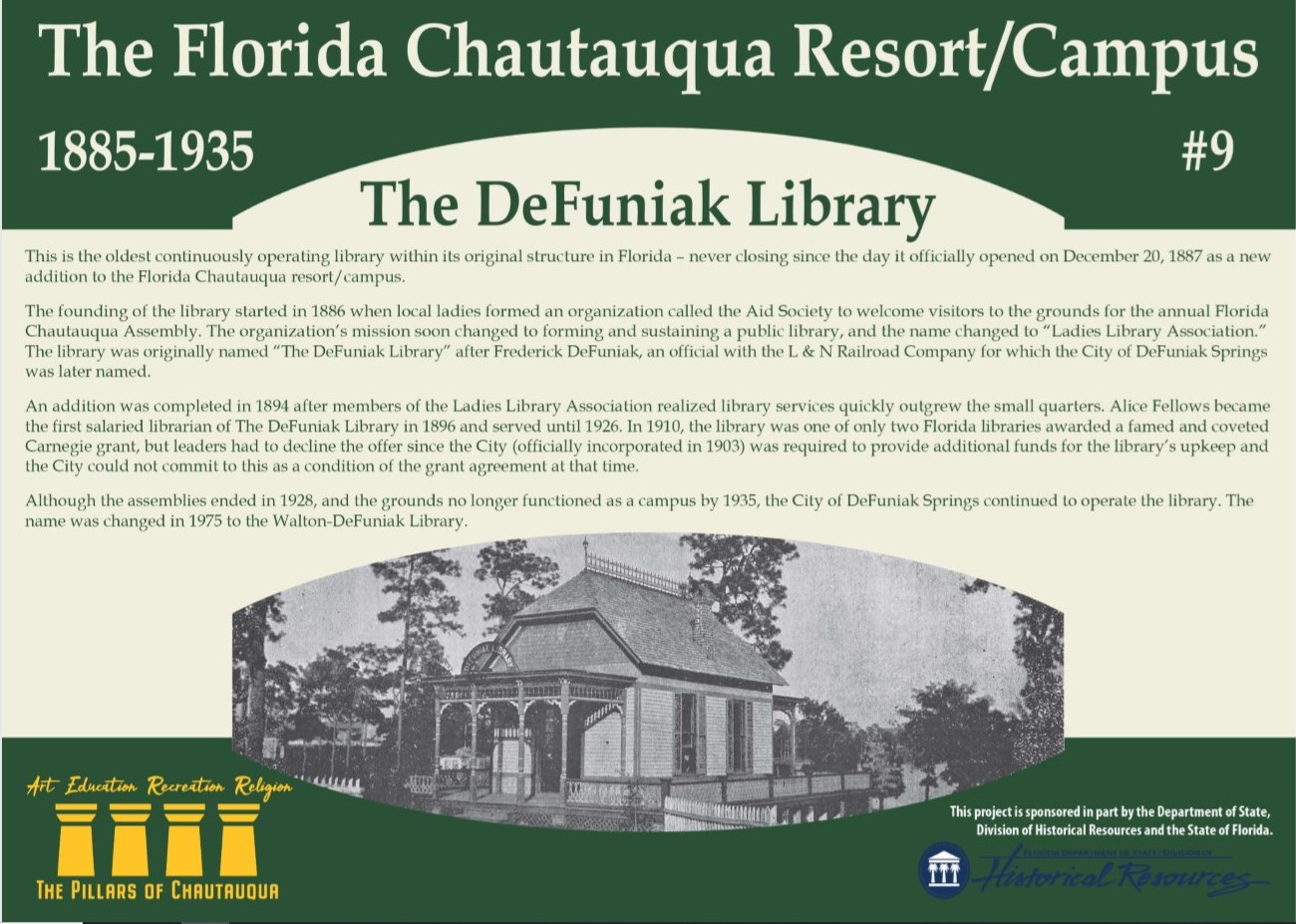