The following is exact wording on interpretive panel #12 on the self-guided walking tour of the Florida Chautauqua Resort/Campus grounds opened in 1885 in DeFuniak Springs, Florida. This panel displays the history of the Methodist Episcopal Church on the grounds.

You are on the grounds of a once-gated campus/resort opened in 1885 for the annual, multi-week Florida Chautauqua Assembly. Leaders wanted guests to connect with whatever faith they felt comfortable during their stay and arranged or facilitate construction of four churches on these grounds which included Methodists, Baptists, Episcopalians, and Presbyterians.

The First United Methodist Church was originally built in 1887 just north of this site and served as The Methodist Episcopal Church (northern branch). The original building was the first completed church on the grounds of the Florida Chautauqua resort/campus to spiritually support Assembly guests. Leaders of this church were also leaders of the Florida Chautauqua Association, the organization which managed the resort/campus and led the Assembly. The church was placed on these grounds in the center of many of the Chautauqua activities from 1887 until 1928, the last known Assembly on the resort/campus.

Around 1900, a second church of the Methodist Episcopal Church, South denomination, was established outside the grounds on Highway 90 (Nelson Avenue). In 1901 the northern branch on the campus/resort burned down and was rebuilt at this current location. In 1907, the two congregations merged, and members used this building exclusively as The First Methodist Episcopal Church, South. The church continued to serve as a central location for many Chautauqua Assembly events. In 1967, 32 years after the resort/campus officially discontinued operations, the congregation decided a larger church was needed and replaced the building with this brick structure keeping the original stained-glass windows, chapel arches, chapel pews and the church bell below the steeple. Some of the original stained-glass windows in the chapel are dedicated to founding members of the Florida Chautauqua Association. 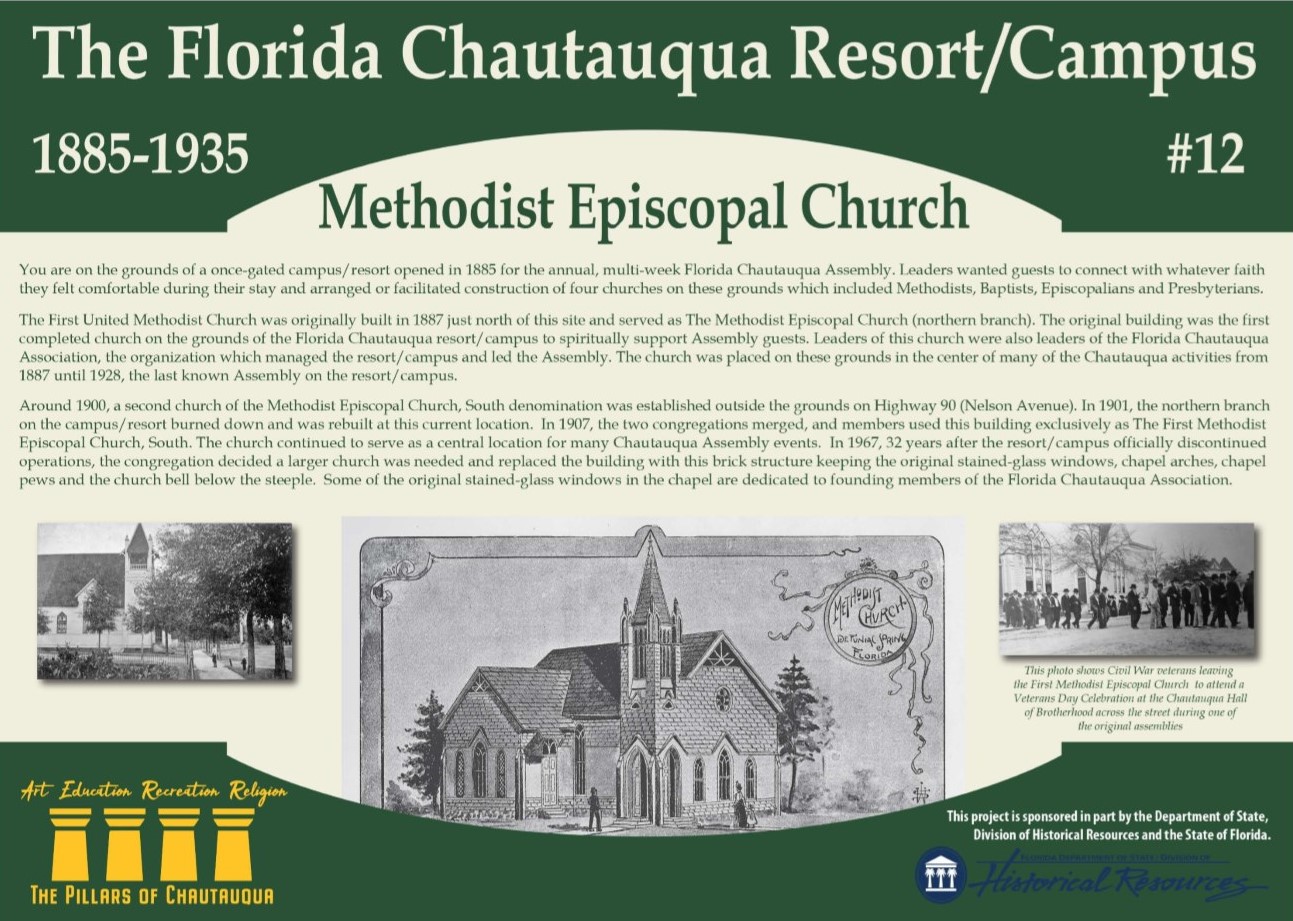