The following is exact wording on interpretive panel #16 on the self-guided walking tour of the Florida Chautauqua Resort/Campus grounds opened in 1885 in DeFuniak Springs, Florida. This panel displays the history of Dream Cottage owned by Wallace Bruce who once served as U.S. President Benjamin Harrison’s consul general to Edinburgh, Scotland.

This cottage was built in 1885 for Wallace Bruce who later became the longest-serving president of the Florida Chautauqua Association. In 1889, U.S. President Benjamin Harrison called on the Florida Chautauqua president to serve as US consul general to Edinburgh, Scotland. Bruce left this house for five years of service overseas where he erected a statue of President Abraham Lincoln in a nearby Edinburgh cemetery. This was the first time an American president’s statue we erected on foreign soil. The event inspired a friendship between Bruce and Robert Dodd Lincoln the son of the late U.S. president. When Bruce returned to the Florida Chautauqua presidency in 1893, he continued to live in this house until he suffered a stroke in 1906. In 1907, he moved into the renovated Chautauqua Art Department on Circle Drive where he died in 1914.

Bruce’s prestigious career as author, lecturer, poet, orator and consul general provided him a unique network of famous friends, entertainers and international leaders who he influenced to participate in many of the Florida Chautauqua assemblies. 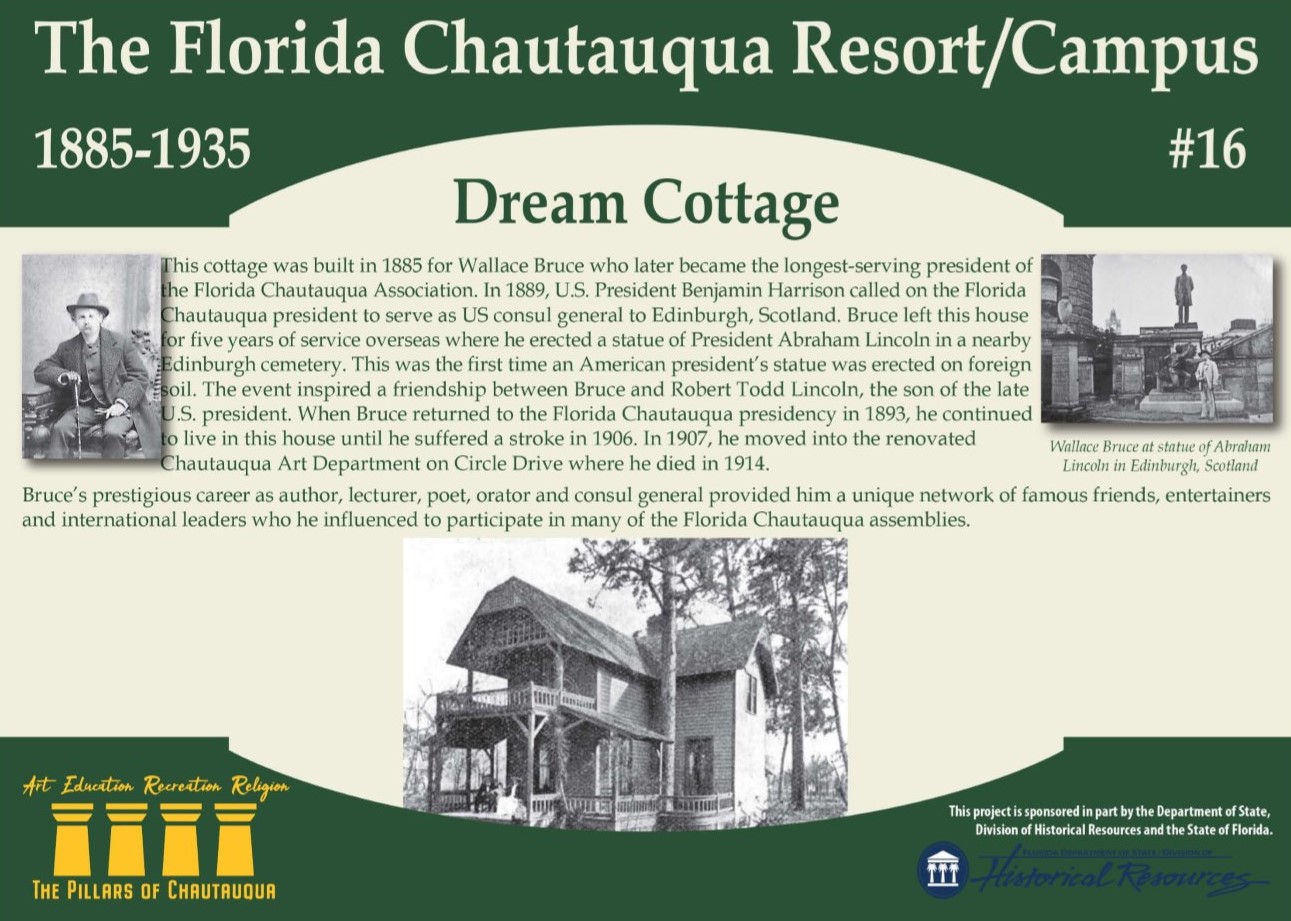